A fund-raising event was held on November 1 in aid of the St John Association, Malta, in the magnificent Chapter Hall of the historic St John’s Gate, Clerkenwell, London, now the headquarters of the Venerable Order of St John.

The event was co-hosted by the Prior of England and the Islands and Chair of the St John Ambulance, Surgeon Rear Admiral Lionel Jarvis, and the chairman of the St John Association, Malta, Dr Michael Frendo. It was attended by Maltese business and professional people residing in the UK and British members of the Venerable Order.

The Malta Association was represented by Dr Frendo and by Chev. Ray Cassar, member of the Association’s Council who chairs its fund-raising committee. The deputy chairman and Commander of the Malta St John Association, Colonel Mark Mallia, who had also overseen the organisation of the event, was regrettably unable to attend at the last minute.

At the event, Prior Jarvis formally invested Dr Frendo with the rank of Commander of the Venerable Order of St John, a British Royal Order of Chivalry, of which Queen Elizabeth II is the Sovereign Head.

Following this investiture, Chev. Cassar delivered a brief illustrated overview of the history of the Knights of St John. Dr Frendo then delivered a presentation on the history and works of the St John Association Malta and the projects that required support and financing.

Three Maltese artists generously donated three works to be auctioned at the event. Joseph Baluci donated a painting of a procession of knights emerging from St John’s Co-cathedral, Anthony Patrick Vella donated a painting representing a helmet, shield and a sword symbolising the military history of the Order, while a young artist, Jennings Falzon, donated a statuette, The Warrior Monk. All three works of art attracted a great deal of interest and were successfully auctioned to those present.

In his concluding speech, Dr Frendo thanked the Prior of England and the Islands for his continued support to the Association and for the use of the magnificent venue for the event, all those involved in its organisation, as well as the artists, Corinthia Hotel, London, Marsovin and Farsons for their encouraging sponsorship. 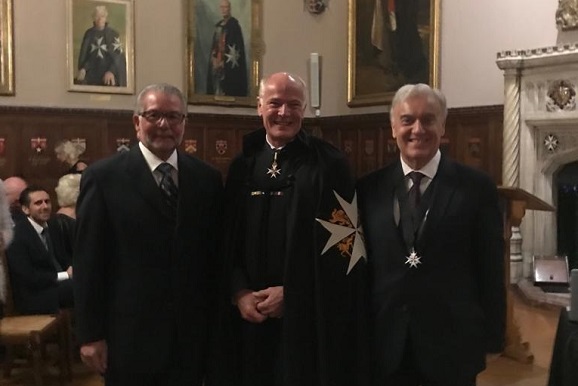 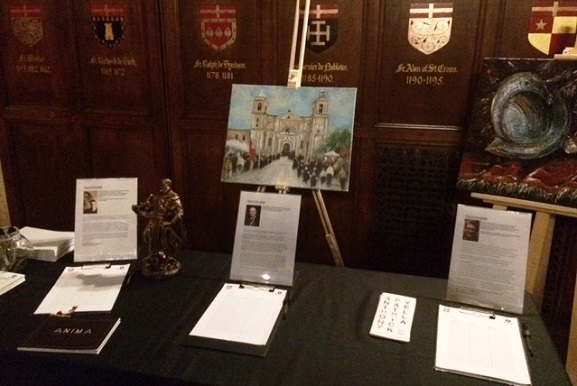 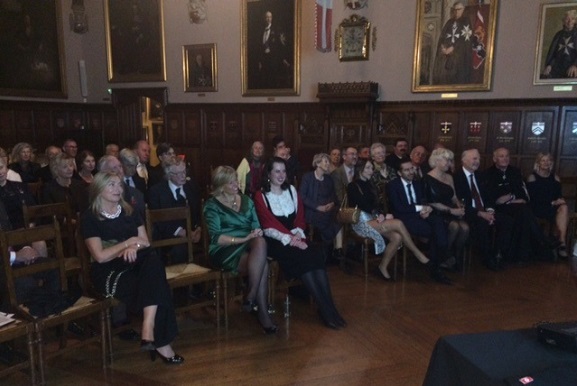